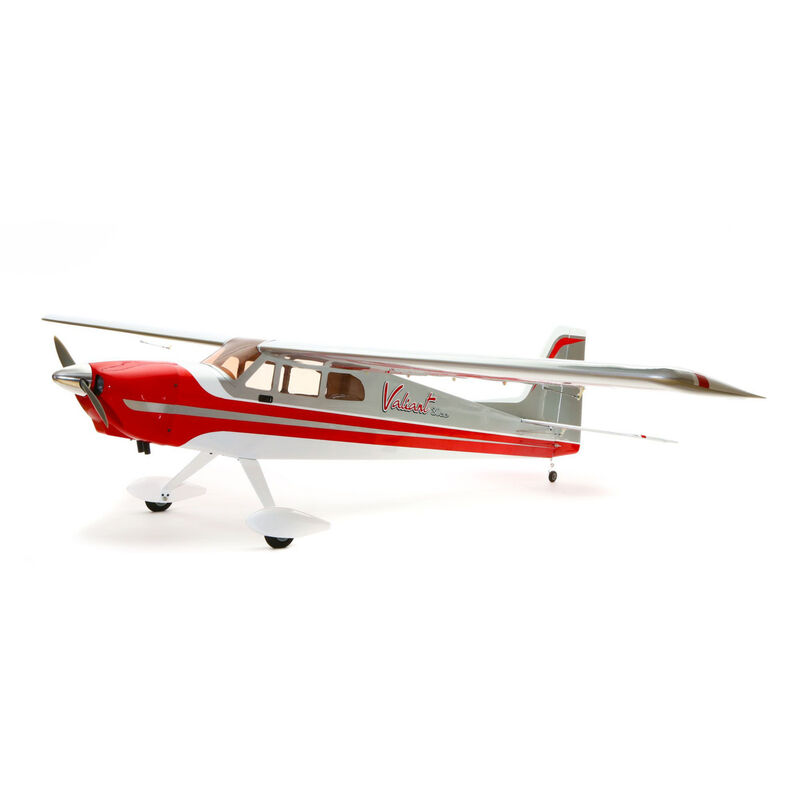 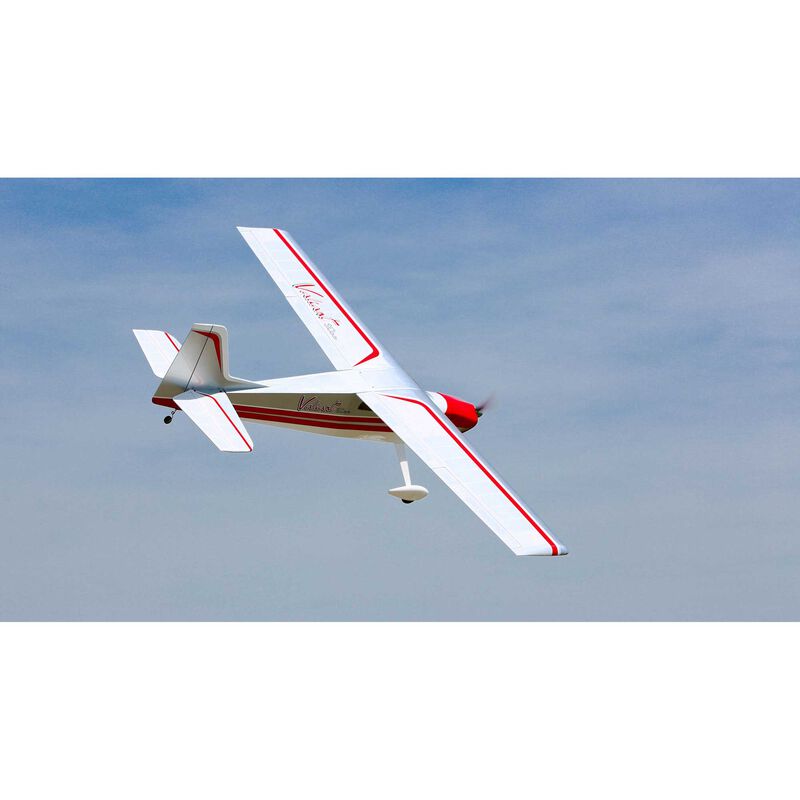 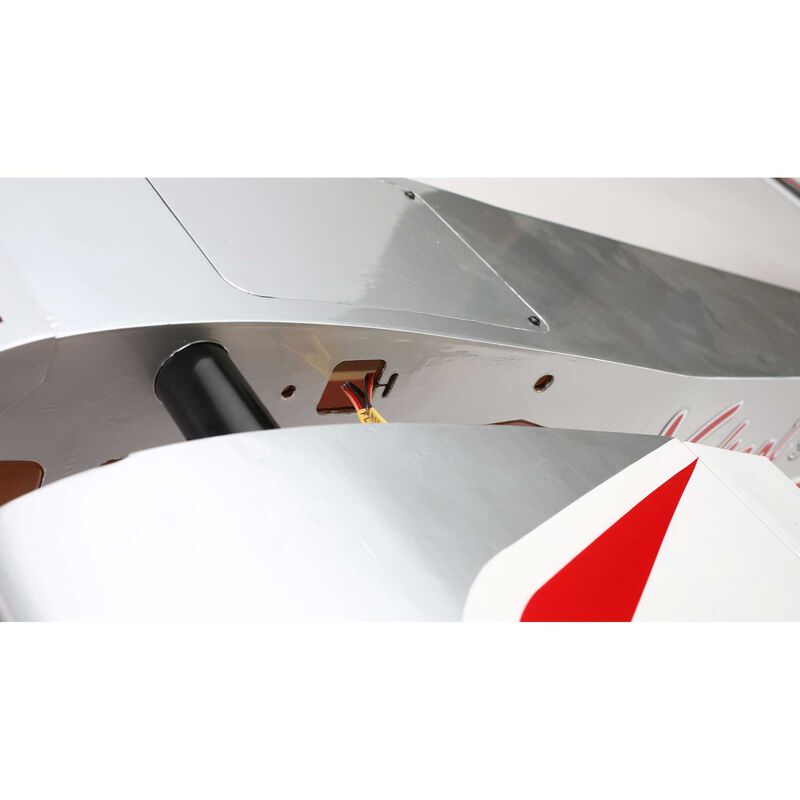 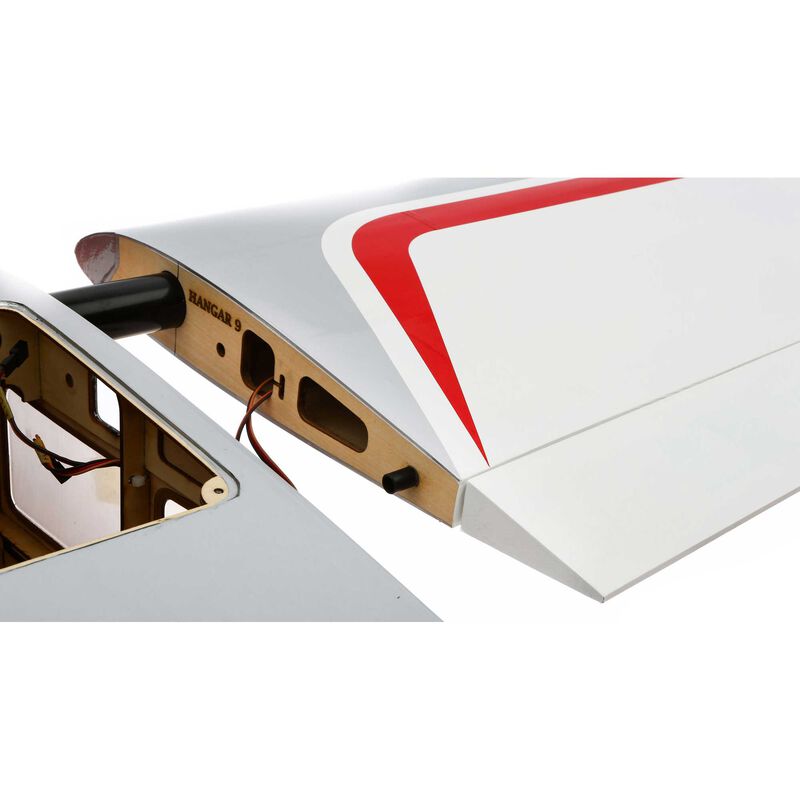 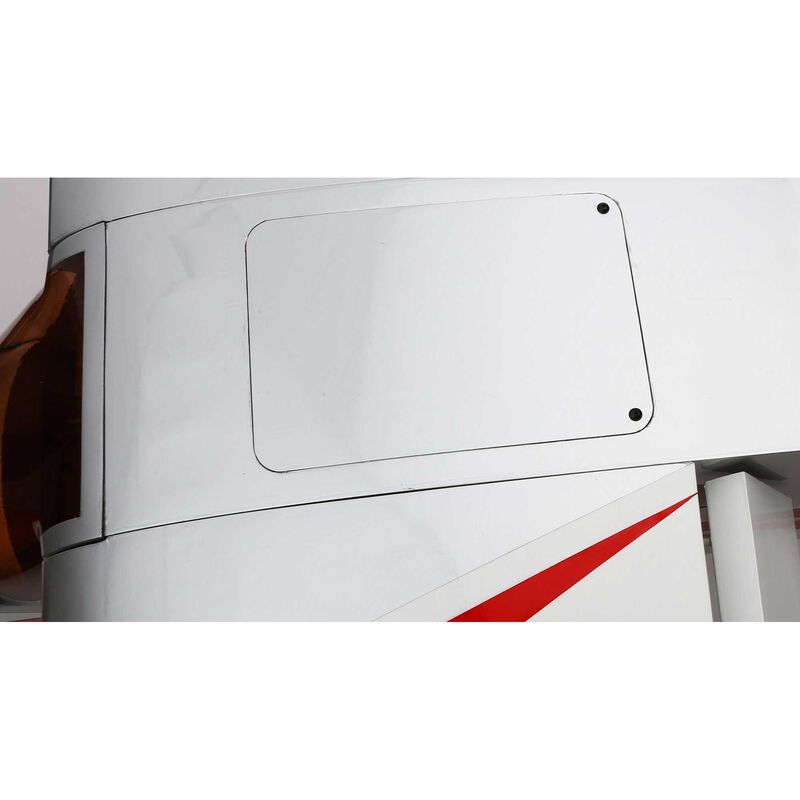 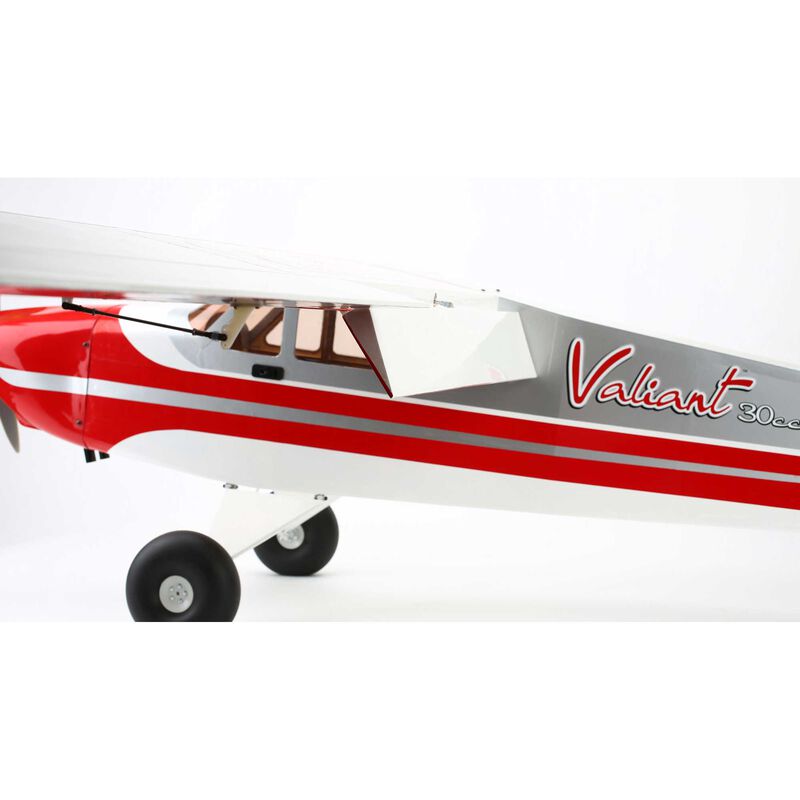 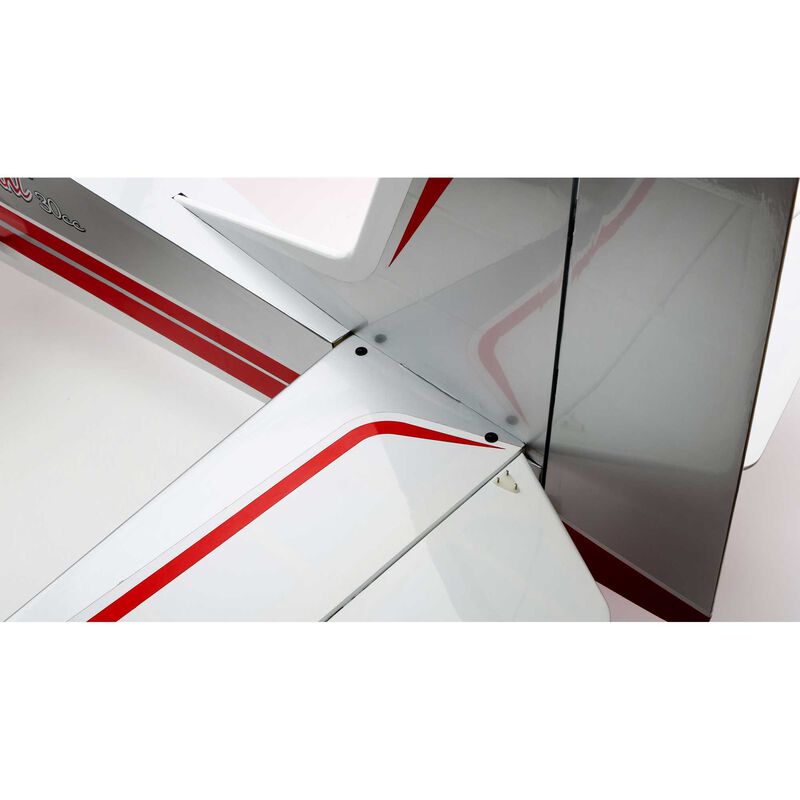 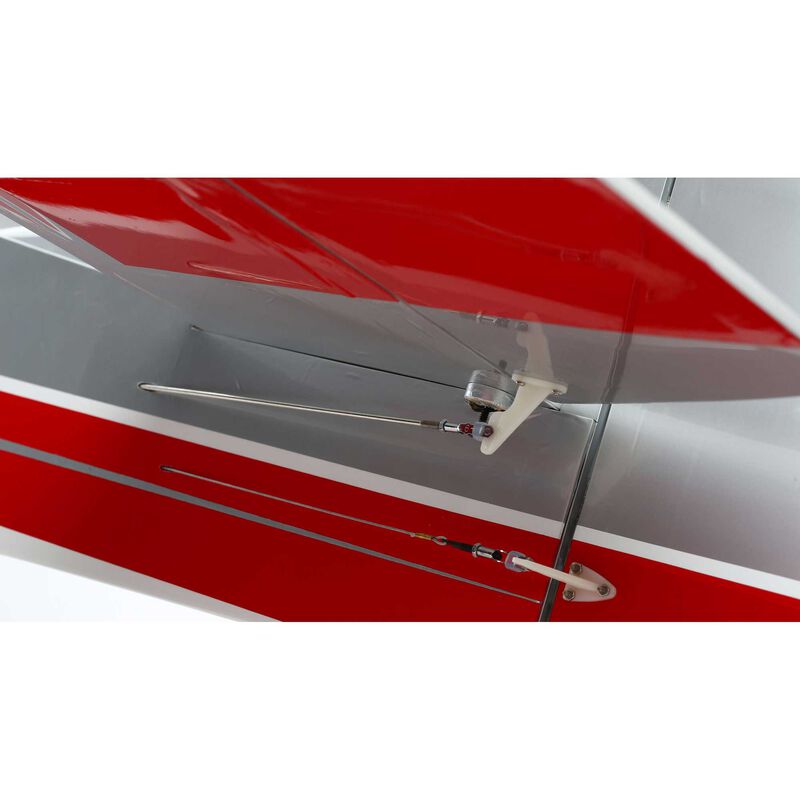 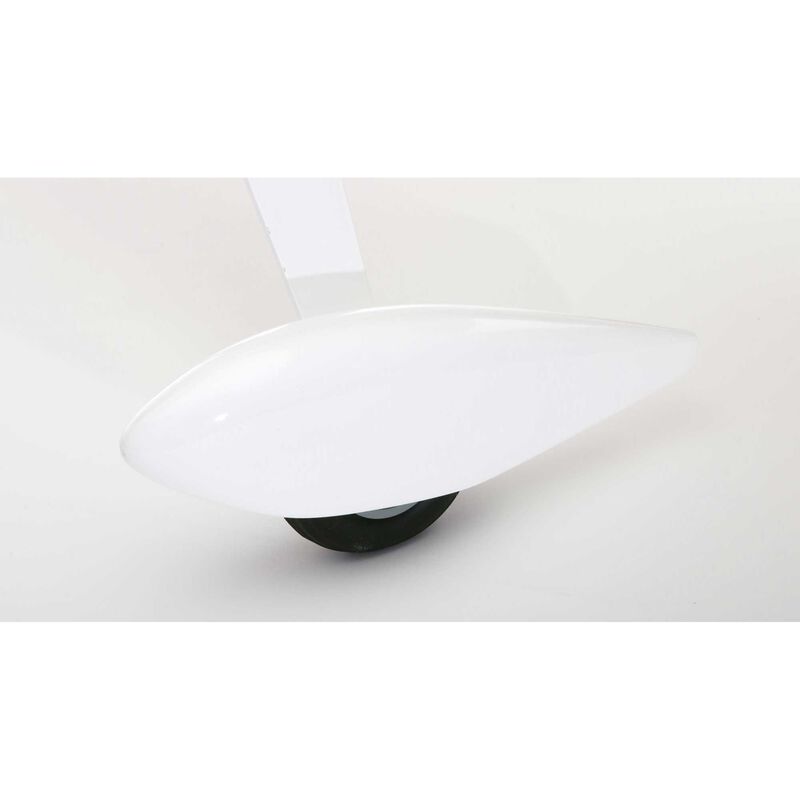 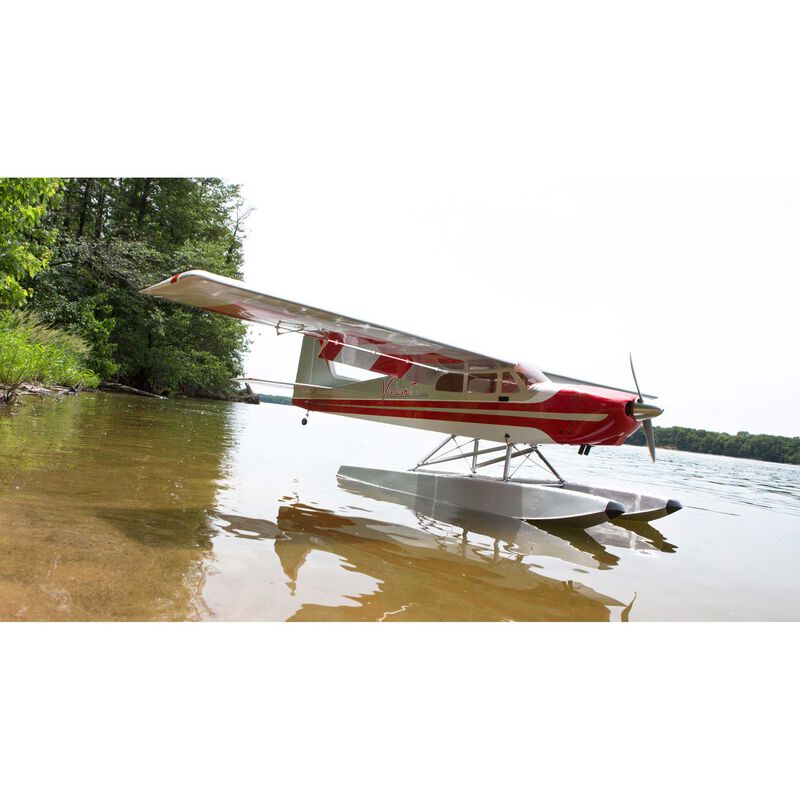 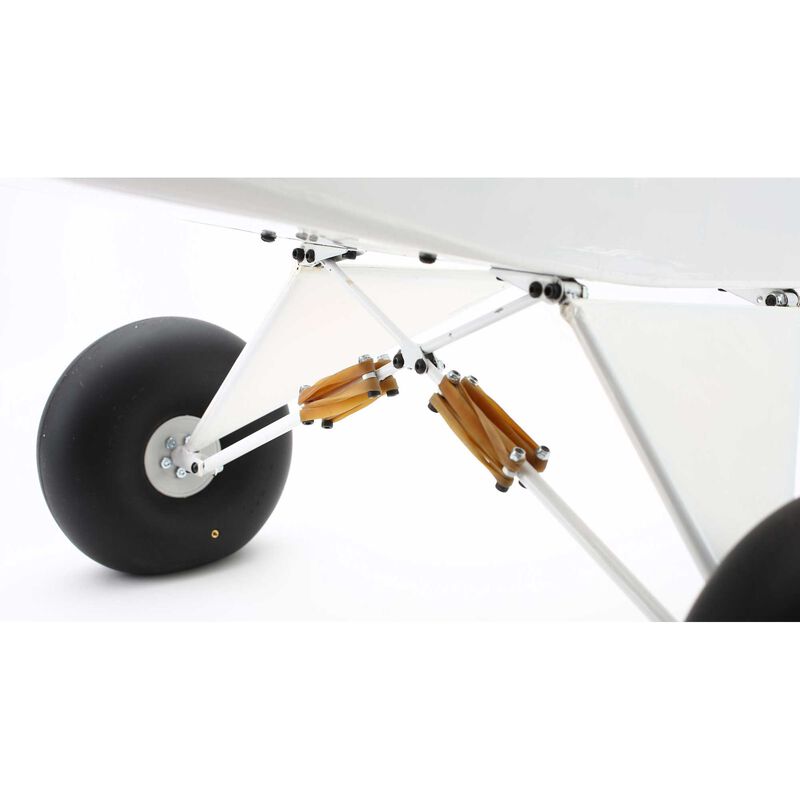 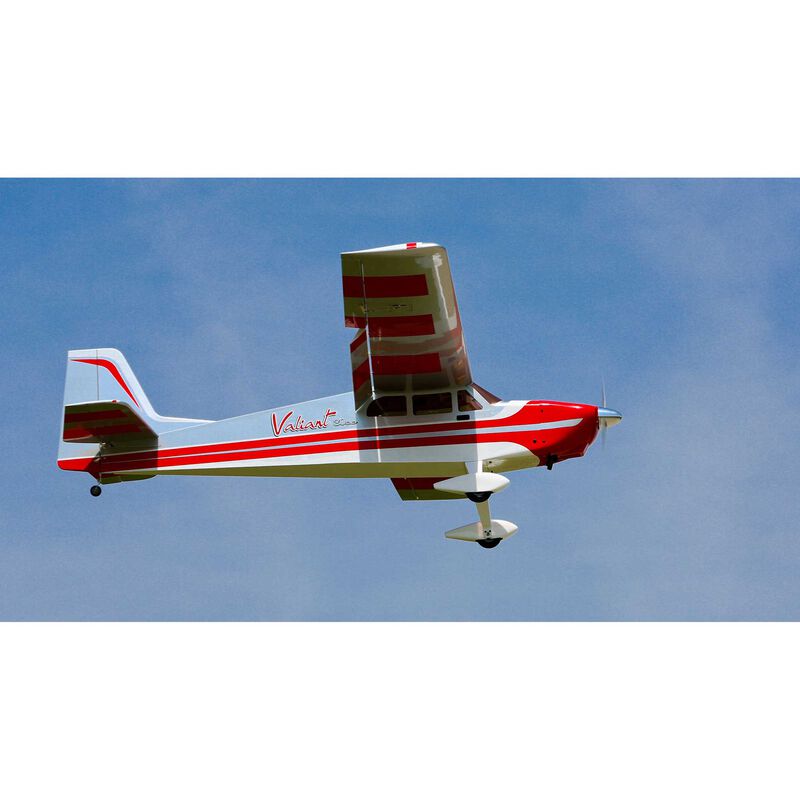 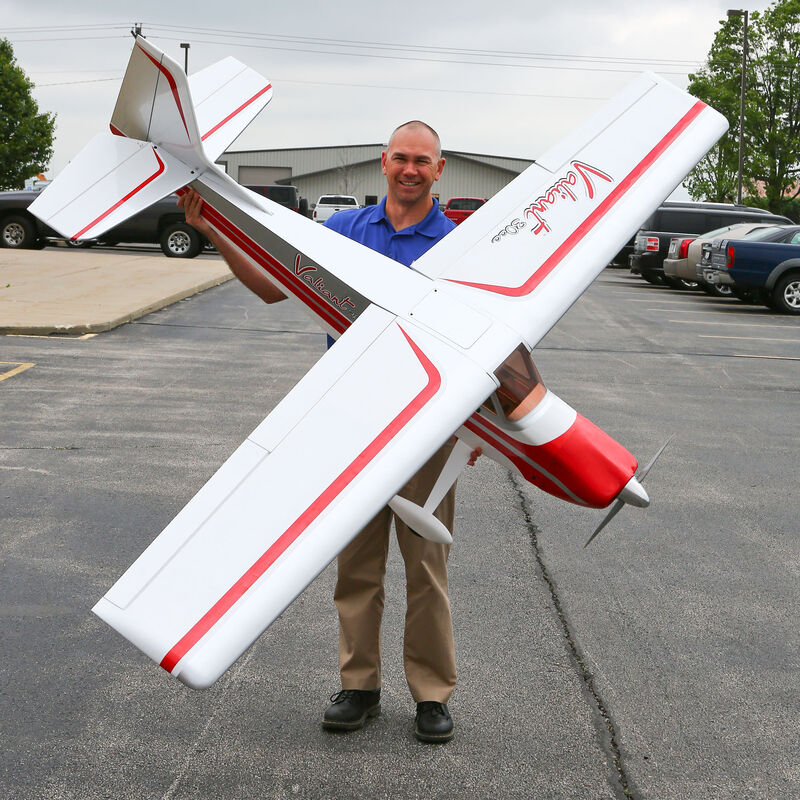 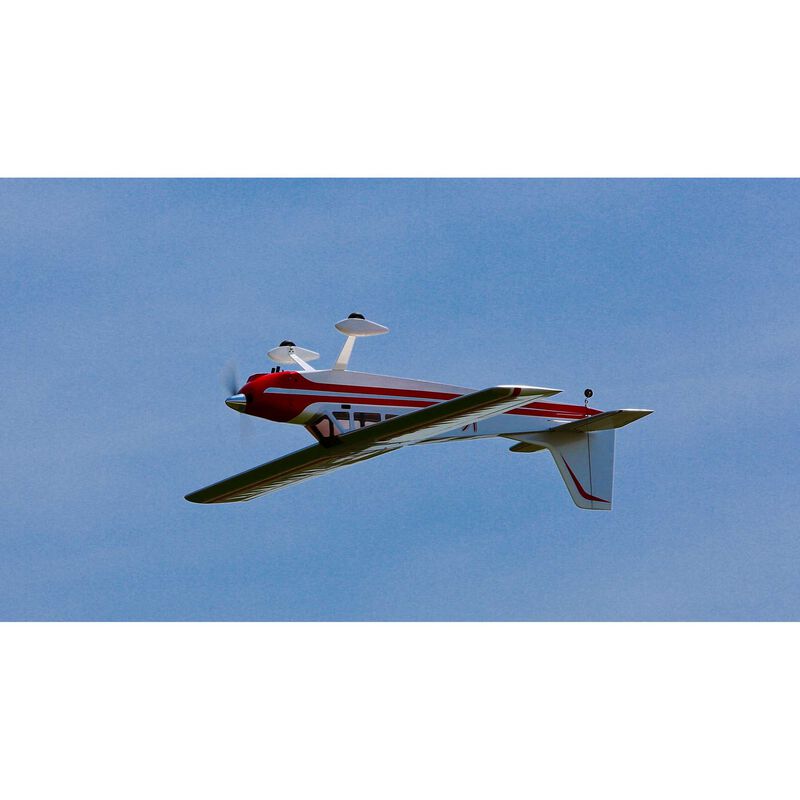 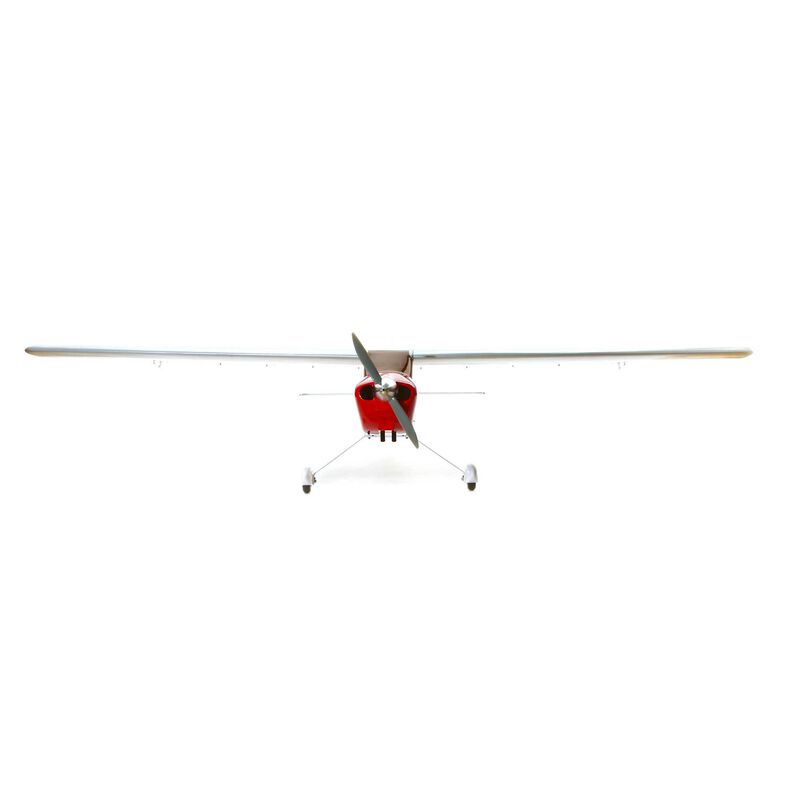 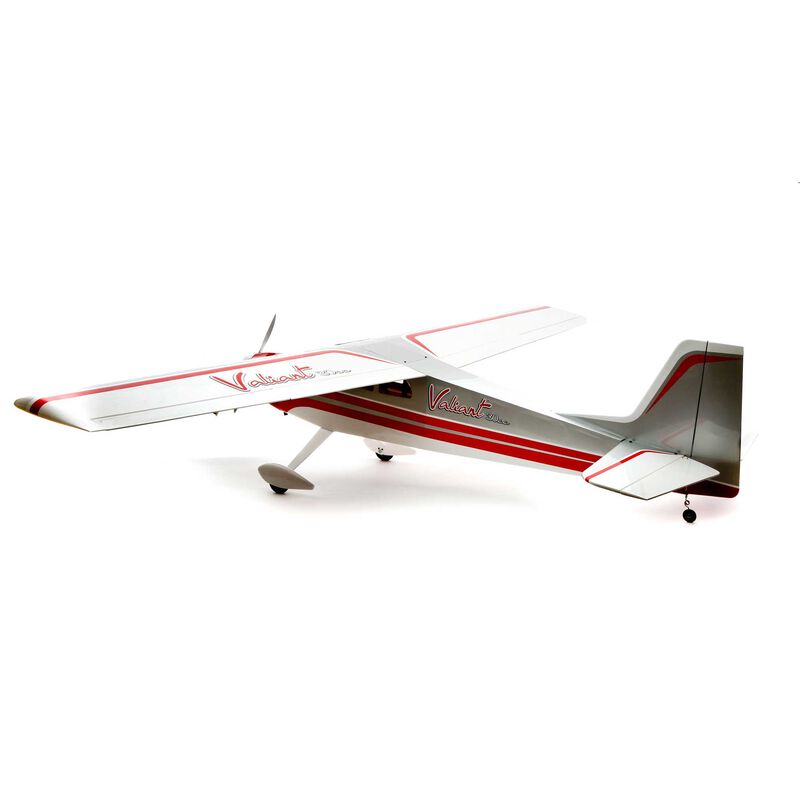 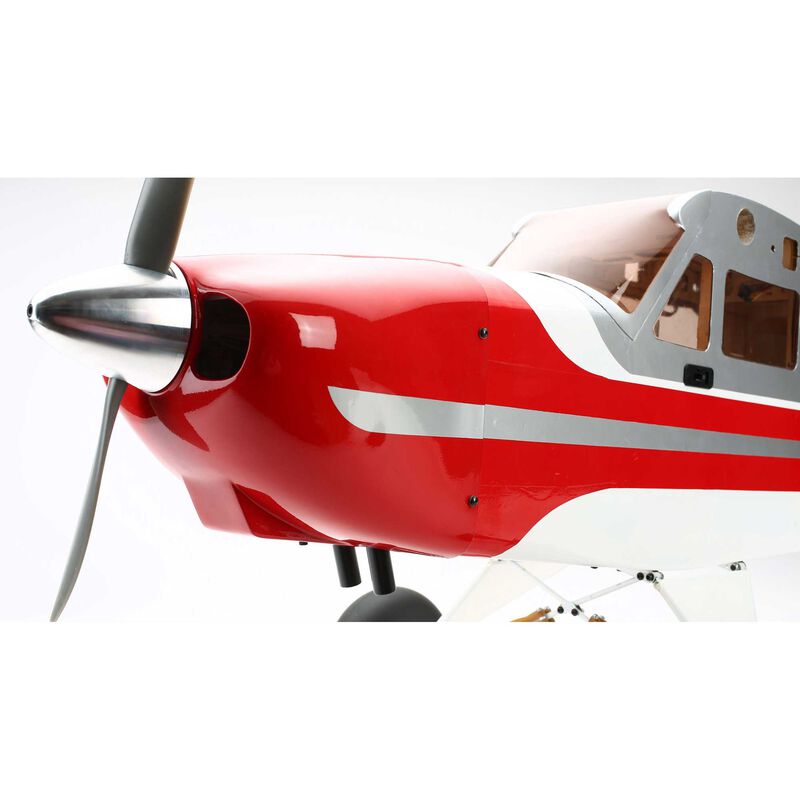 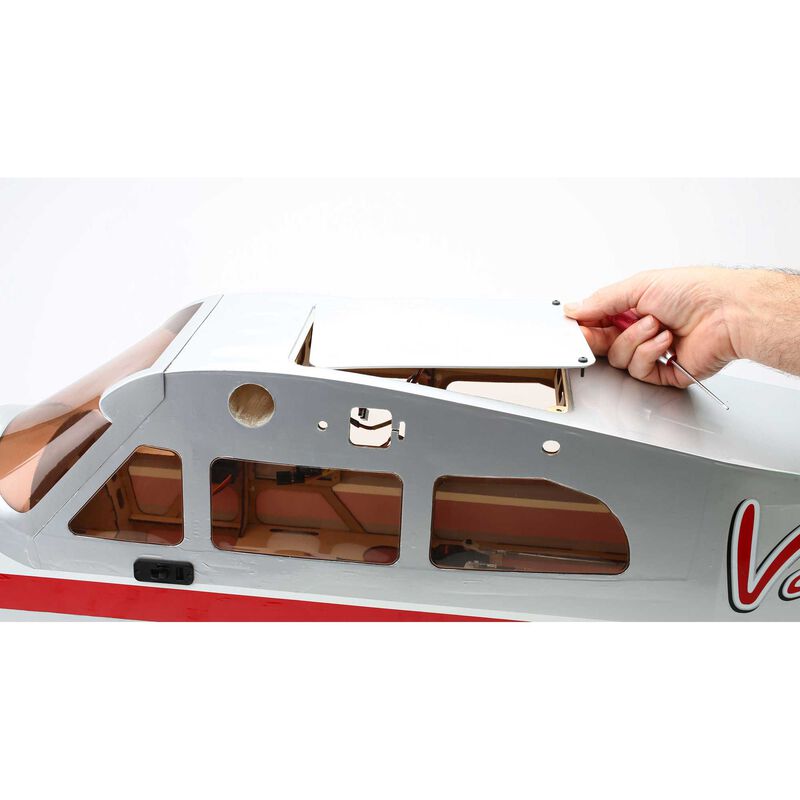 Valiant 30cc ARF Manual – Multilingual
The Hangar 9® Valiant™ 30cc ARF airplane is everything you liked about the classic high-wing model that nursed you through your first solo flights and everything you wish it had when you became more experienced. By retaining the cabin-model looks, the friendly high-mounted wing design creates a natural stability, as does the stretched fuselage and over-sized tail surfaces. However, instead of a box with wings, handsome looks and fine details combine make this a versatile airplane with the finished appearance of an executive aircraft.

Even more impressive is the sheer size of the Valiant and that it only needs a 30cc-class gas/petrol engine to deliver outstanding performance. Lightweight design, combined with high-grade balsa and plywood construction, is used with laser accuracy to provide everything you could want in a giant scale model. Its cantilever wing features two-piece, plug-in convenience along with a generous amount of flap area and large ailerons for crisp performance at a wide range of airspeeds. The elevator and rudder have been sized to offer sport performance with an extra "kick" as well.

An Evolution® 33GX 33cc gas engine will easily mount completely enclosed inside the streamlined cowling. All combined, you’ll enjoy great performance and the power to add the optional floats. You can also exercise its STOL capability from just about any landing zone with the recommended Tundra-style landing gear setup (sold separately). If you’re looking for a big sport airplane that looks great and can do it all, the Valiant 30cc airplane will answer the call.

The Valiant 30cc ARF is part of the complete line of top-quality Hangar 9® aircraft and accessories. All are engineered and crafted to exacting standards and feature the finest components and materials. Plus, every Hangar 9 product comes with the after-sale service and technical support you need to succeed.

Plug-In Wings
The cantilever wing is a two-piece, plug-in design featuring a large aluminum joiner tube for support without the need for complex external struts.

Easy Assembly
The locations for the hinges are pre-drilled or slotted, and pre-installed blind nuts are used wherever possible. The vertical and horizontal stabilizers are removable as a unit to ease transportation.

Float Ready
Hard points are located in the fuselage so you can easily convert the Valiant™ 30cc to a seaplane using Hangar 9 ¼-scale floats-sold separately.