Oversized 1 items are not eligible for Gift Wrapping. 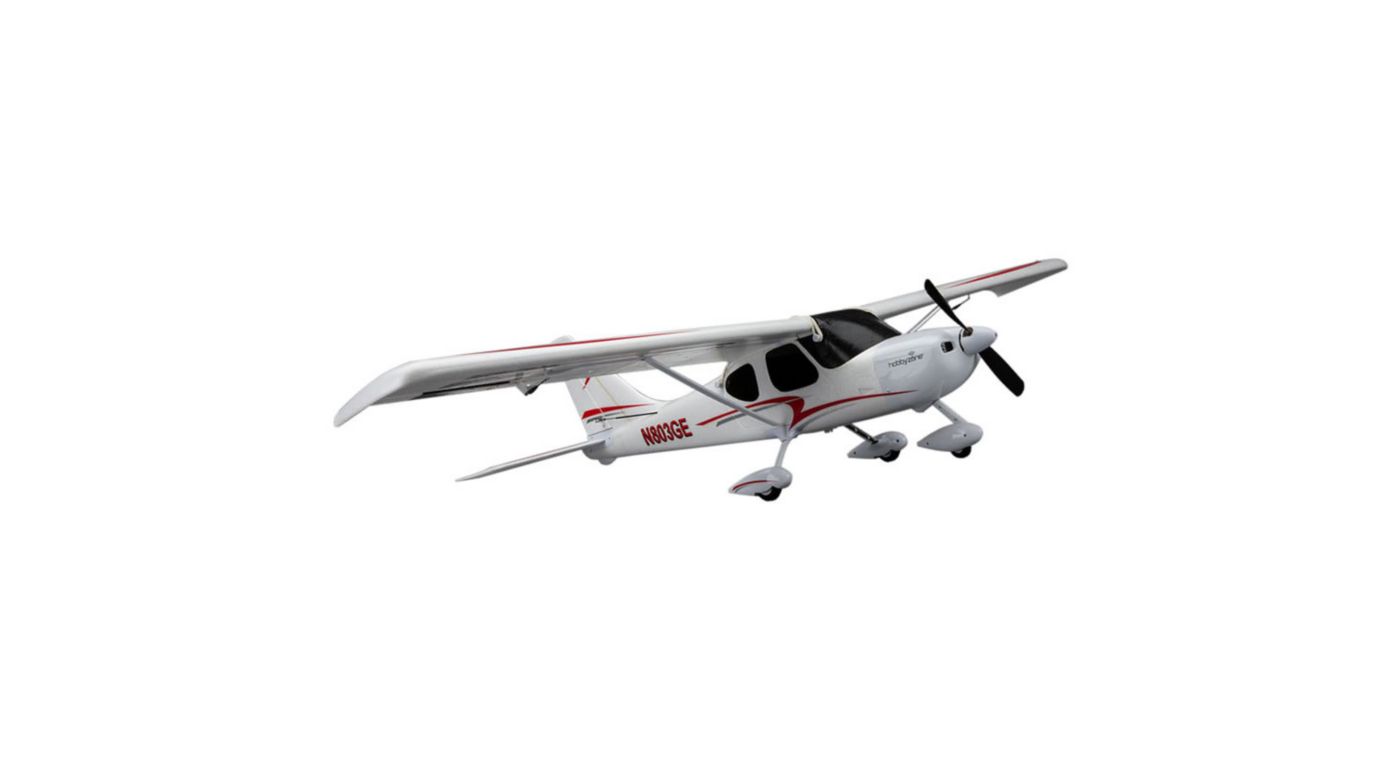 The HobbyZone® Sportsman® S+ features SAFE® Plus technology that provides pilots
with advanced GPS position awareness so you can teach yourself to fly with ease.

When activated, AutoLand will initiate a landing pattern with a touchdown location near where it took off. In rougher conditions, pilots can provide additional guidance to the system for executing a safe landing.

Push a button and the Sportsman® S+ will automatically circle around a fixed position near its takeoff location at approximately 120 feet until the command gets canceled.

Choose from a circular or rectangular boundry box that keeps the aircraft within sight and prevents the Sportsman® S+ from getting too far away.

If you ever lose control of the Sportsman® S+, just switch to beginner mode and release the control sticks. SAFE® Plus technology will return the aircraft to level flight.

1 Pilot loses control of the aircraft in any attitude.

2 Pilot releases both sticks. The aircraft will roll wings
upright and level and pull out of a dive...

3 ...once the aircraft is flying straight and level, the pilot can
continue climbing to a safe altitude and resume flight.

More freedom in pitch and bank. Panic Recovery Mode automatically returns the aircraft to level flight when the aircraft descends below 30 feet above ground level and the sticks are released.

Works to stabilize the Sportsman® S+ in whatever attitude you command with the sophistication of 3-axis gyros to help battle the influence of turbulence on windy days.

Landing has always been one of the biggest concerns for new pilots, but not anymore. Designed to be as intuitive as possible, the HobbyZone® Sportsman® S+ comes loaded with SAFE® Plus technology which is equipped with advanced attitude awareness and a GPS system so pilots can leave their hesitancy on the runway, even if it’s their first time flying. Like the beautiful full-scale Glasair Sportsman, the Sportsman S+ is a natural in the sky with the freedom of four-channel control and a powerful brushless motor that comes pre-installed. If a pilot is skittish about the landing, no problem. In the right conditions, the Sportsman S+ will perform the landing with no help from the pilot.

AutoLand- When activated, Autoland returns the Sportsman S+ safely to the ground with little to no pilot input. When flying in rougher conditions, you can provide some directional guidance and let the system do the rest to execute a safe landing.

Holding Pattern- Push a button, and the Sportsman S+ will automatically fly to a point near its takeoff location and circle at an altitude of approximately 120 feet. Once the command is cancelled, you have full control of the aircraft and can continue to fly.

Virtual Fence- You can choose between a circular setting with 360-degree fence or a rectangular setting with a fence that prevents the Sportsman S+ from flying behind you. Both fences will prevent the aircraft from flying too far away. When the Sportsman S+ encounters the Virtual Fence boundary, the control system will automatically activate Holding Pattern and return the aircraft to near its takeoff location and circle until you cancel the command.

your dream of flight is charge the included battery and bind the aircraft to any full-range Spektrum™ 2.4GHz DSMX® transmitter (Spektrum™ DX4E and above).

18A Brushless ESC PKZ1814
EUR 55.59
This item is no longer available
Unavailable